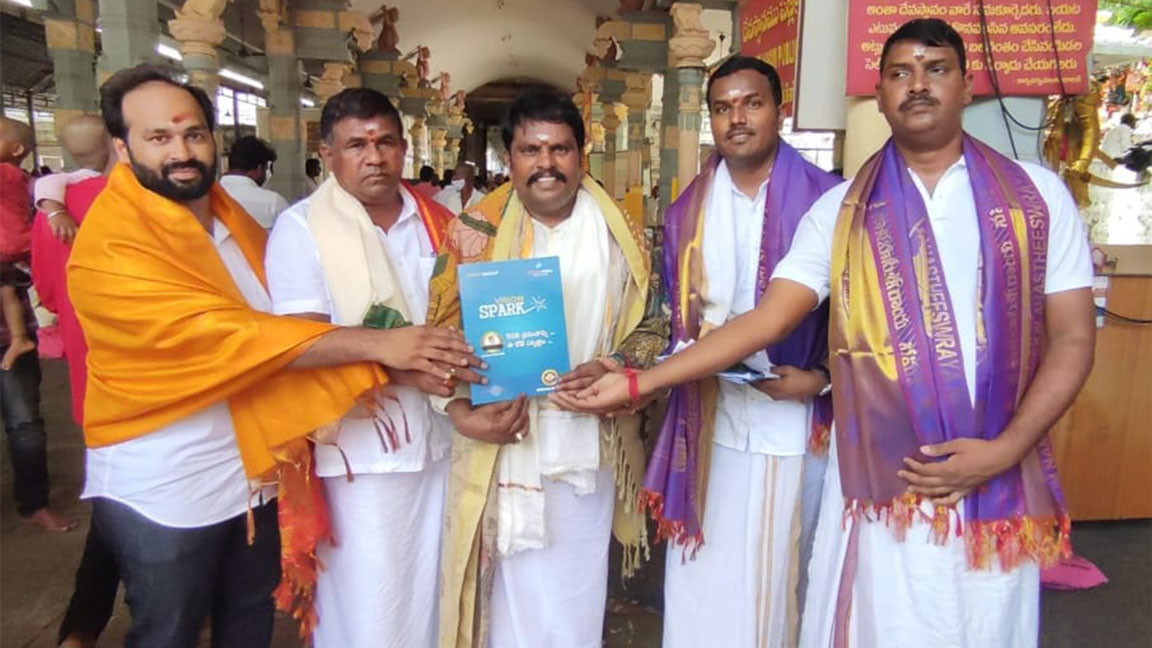 Young and promising hero Adi Saikumar's latest film 'Tees Mar Khan' features Payal Rajput playing the heroine, while Sunil and Poorna are in important roles. The film is directed by Kalyanji Gogana, who enthralled the audience with a different storyline in his last movie Natakam. Leading businessman Nagam Tirupati Reddy is producing the film under the banner of Vision Cinemas as Production No.3.

Meanwhile, the producer along with his friends visited Tirumala Tirupati temple and offered special prayers to the presiding deity, Lord Venkateswara Swamy, on Monday. Seeking blessings of the god, the producers wished for the success of the movie.

Every update coming from the team raised expectations for the movie. The recently released teaser has got millions of views with a massive response. The video indeed showed how powerful Aadi’s role is going to be in the movie. Aadi showed different variations as a student, rowdy, and police officer. Hero elevation scenes and the romantic scenes with Payal Rajput pleased the youth. The teaser increased curiosity about the movie which is already carrying enthusiastic reports.

Sai Kartheek, who has composed music for several superhit films, has scored the music, while Bal Reddy is the cinematographer and Manikanth takes care of the editing. The release date of this movie will be announced very soon.