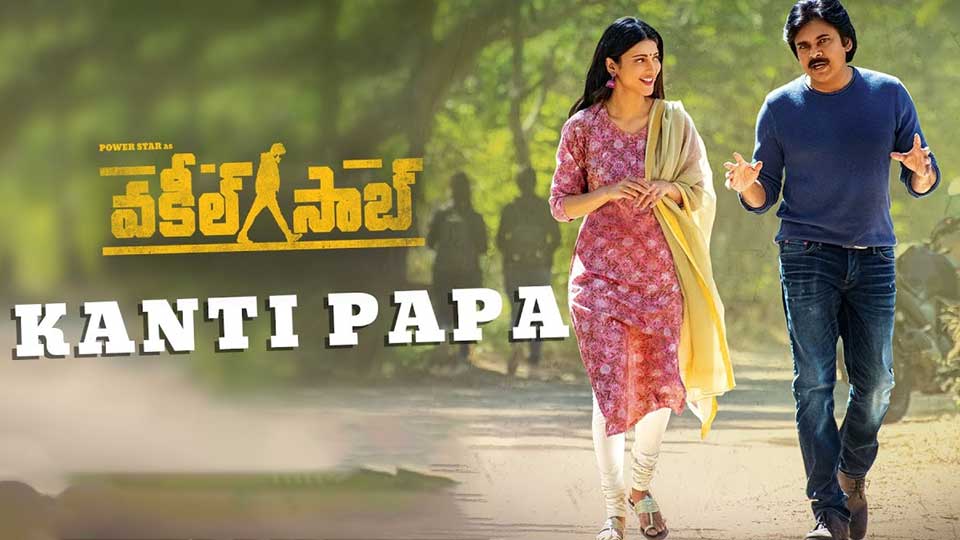 The third song from the movie Vakilsaab, `Kantipapa Kantipapa Cheppalede .. Kalimuvva Kalimuvva Savvaindaina Lede ..` was released on Tuesday. Written by Ram Jogaiyashasri, the song is composed by Tyman. It is a remake of the Hindi movie Pink. Directed by Venu Sriram, the film is being co-produced by Dil Raju and Bonnie Kapoor. . The film is set to release worldwide on April 9. In the video of the song, the heroine sings as if she is dancing with her legs tied to her legs. Provided by Vinod Cinematography. The song was sung by Amin Malik, Dipu, Geeta Madhuri and others who were filmed dancing to the tune of Shrutihasan. It has already created a trend. As such, the eCinema event will be held in Yusufguda.