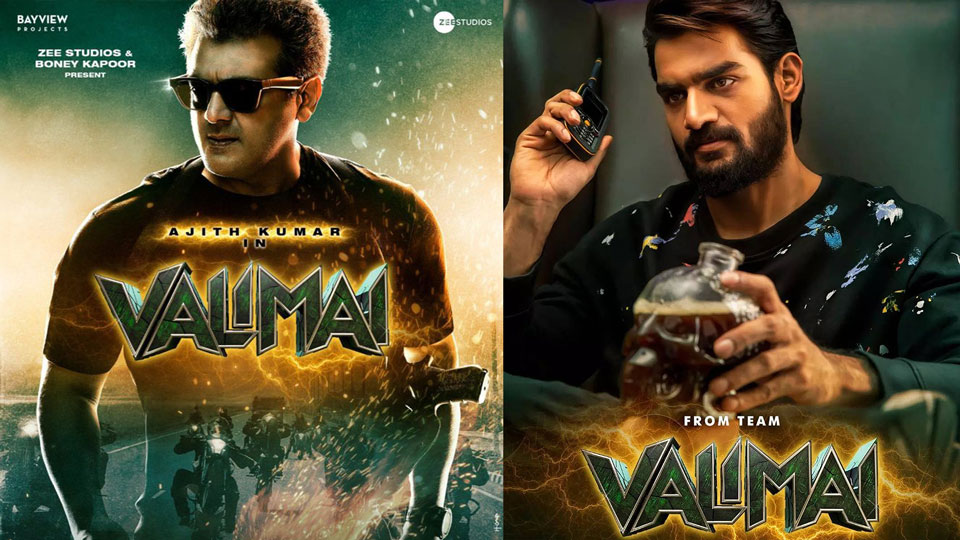 Ajith Kumar's 'Valimai', which is expected to be Ajith Kumar's first Pan India, is set to release worldwide on January 13 during Sankranthi in Hindi, Tamil, Telugu and Kannada. Zee Studios and Bayview Projects are planning to release on February 24 due to the positive atmosphere. The film is being produced by Bonikapur. The film is directed by Vinod. The film is set for a worldwide release on February 24.
Speaking on the occasion, producer Bonnie Kapoor said: "Due to the Corona epidemic, the film industry as well as all other sectors have been facing a lot of difficulties. The film will be full of visuals and will be directed by H. Vinod, who directed Karthi's Tamil film 'Theeran Adhigaram Ondru', which was released in Telugu as 'Khaki', and his second film with Ajith. Chasing scenes are the main attraction of the film. Ajith appears as a powerful cop. Needless to say, the hero Ajith loves bikes and bike rides. He does stunts in his movies, especially bike riding scenes, without the help of dope. ? However, he took part in the shooting regardless. How hard was it to make action scenes? Is understood by the audience after seeing the film. Telugu hero Karthikeya is playing a key role in this film. Especially for this movie, he has developed his body endurance. "
The film stars: Ajith Kumar, Karthikeya Gummadakonda, Huma Qureshi, Gurbani Judge, Sumitra, Yogibabu, Selva, GM Sundar, Achuth Kumar, Chaitra Reddy and others.
Technical Category:
Production Companies: Bay View Projects L L P, Zee Studios,
Producer: Bonnie Kapoor,
Story, Screenplay, Direction: H Vinod,
Music: Yuvan Shankar Raja, Gibran,
Cinematography: Neerav Shah,
Editor: Vijay Velukutty,