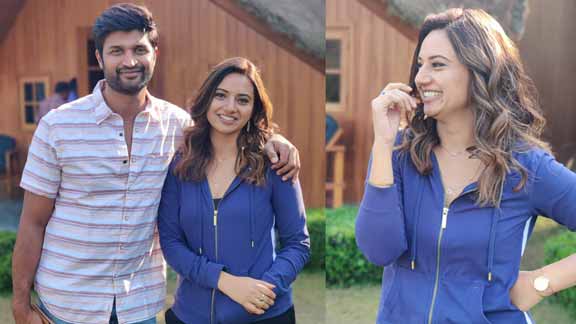 Self-Motivated Delhi beauty Isha Chawla has made a mark for herself in Telugu industy with her acting skills. Now the actress is all set to surprise her fans with powerful character of …  in her upcoming film Agochara.

She will essay the role of a blind women. The character has many shades. It is an impactful character in the movie. The film is helmed by cinematographer Kabir Lal, It marks his Directorial debut.

Elated about the role, Isha says, “I have known Kabir sir since long and I am happy to work with him. The script have me goosebumps and I was super excited to work. It was like I was awaiting for this role to come to me. When the story was narrated by Kabir sir, I was on cloud nine and in no time I agreed to be a part of the project.”

Isha’s character is pivotal and to get into the skin of the character she has put in loads of efforts. Talking about the same, Isha states,  “ Playing a blind character is challenging not only mentally but also emotionally. My character believes in conquering the world with her inner strength. This would be one of the best experiences of my life.”

Actor Kamalraju is essaying the role of a husband who is a psycologist.
Agochara movie is a Love-Revenge Thriller Film. How an incident changes the life of characters completely forms the plot of the movie. Currently, the cast and crew is shooting the film in beautiful resort in Dehradhun. Bankrolled by Lovely World Production, and the film is slated to release in June.