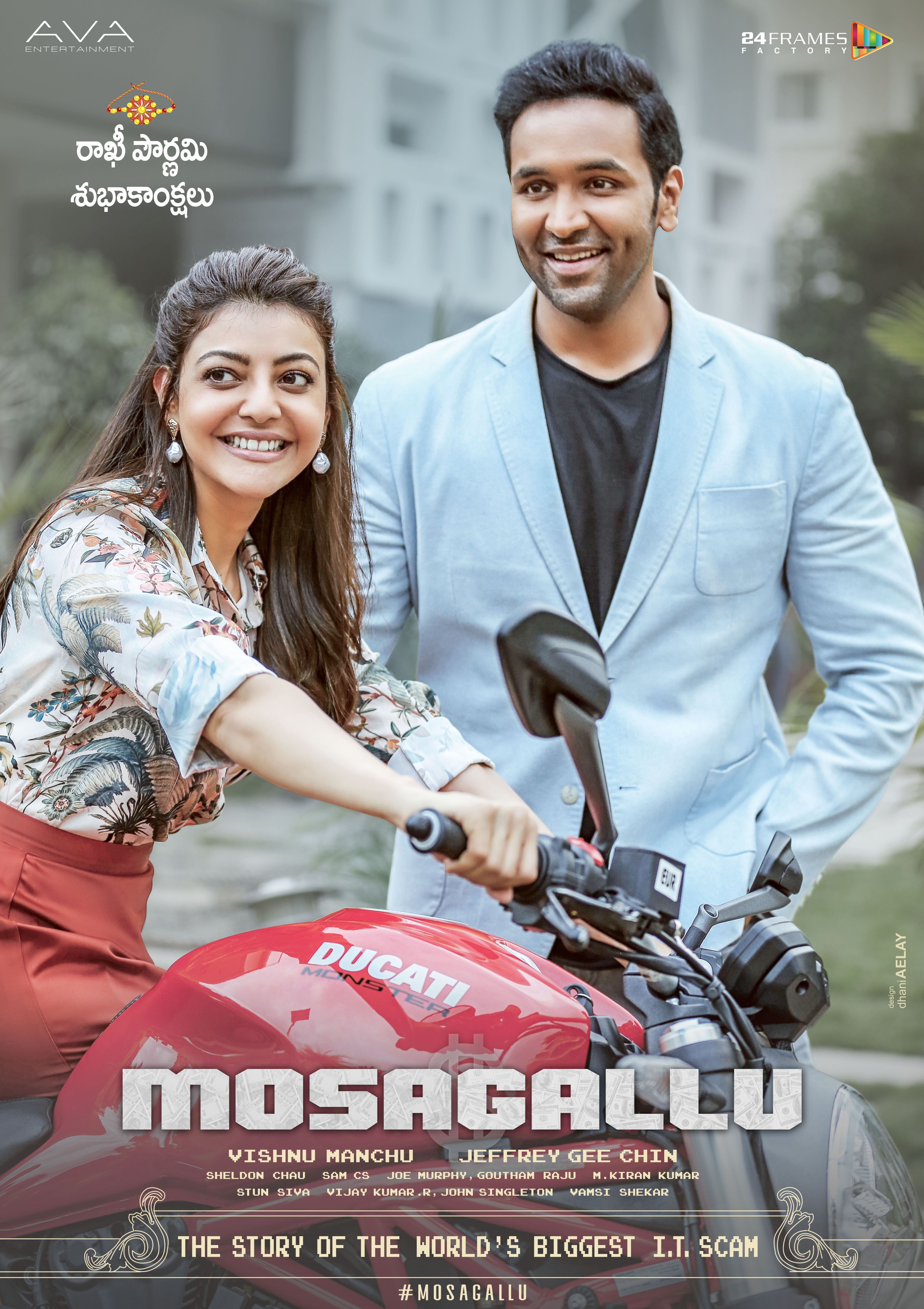 When it comes, hero-heroine roles it is a known fact that every actor and actress is chosen to radiate the right chemistry. But when it comes to on-screen siblings, very few actors have managed to share glorious chemistry on screen as brother and sister.

In the forthcoming Hollywood-Indian project ‘Mosagallu’ the two talented Indian movie lead actors Vishnu Manchu and Kajal Aggarwal paired as siblings in the movie have a fantastic chemistry, and they will be a never before seen on screen sibling pair.

Kajal Aggarwal, the actress known for her commitment to her roles in movies she works, went through a special workshop for ‘Mosagallu’.

“Familial relations in Indian movies are rare when it comes to a leading actor or an actress playing siblings on-screen.” says a close source. It's very rare to see hit lead actors pair as siblings in movies, like Sharukh Khan and Aishwarya Rai in Josh and down south legendary actors NTR playing sibling role with Actress Savitri.

The movie which is based on one of the biggest I.T scam in history is currently under-post production. Bollywood Actor Suniel Shetty, Ruhi Singh, Naveen Chandra and Navdeep are playing a very important roles.

Jeffrey Gee Chin from Los Angeles is directing Mosagallu.  Talented Hollywood cinematographer Sheldon Chau is pushing his own limits for Mosagallu. Produced by Vishnu Manchu under 24 Frames Factor in association with AVA Entertainment. Mosagallu was originally scheduled for a world wide release this summer; but now the revised release date is expected soon.